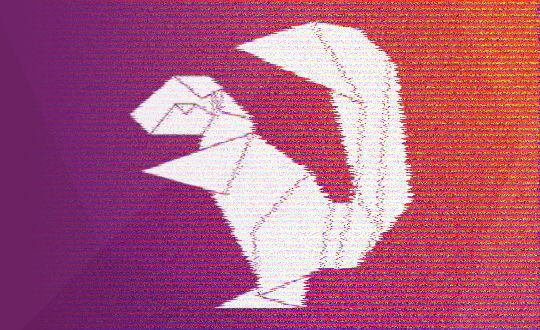 The long awaited Ubuntu 16.04 came out and I decided to jump on it straight away. I was upgrading from 15.10. The upgrade went fine, even though it took a while, and When I was excitedly rebooting my system to newly upgraded Ubuntu I had no idea I was in for a nasty surprise. If it happened to you as well - read on as I managed to bring my system back to heel.

The first nasty surprise was the infamous login loop. In essence, you get a login screen and when you type in your password you get back to the login screen.

Luckily it was not a problem with authentication, so I could start rescuing my system from the console. It took me a while to find out that...

Nvidia drivers are messing things up

This is what actually happened to me. My laptop is Inspiron 17 7000 Series 7746 with integrated GM108M (GeForce 845M) and because I like a bit of gaming every now and again I use bumblebee and nvidia drivers. As it turns out, the stock version (nvidia-361) shipped with Ubuntu 16.06 is not working very well.

I had to purge bumblebee and nvidia completely and install the nvidia-364 version which works like a charm. Here's what I did (thanks to Huba Buba):

While I was in the lightdm login screen jumped to the console [CTRL]+[ALT]+[F1] and logged in. Then I purged nvidia and bumblebee and installed the new version from the graphics-drivers PPA.

After that sudo nano /etc/modules and added the following two lines:

and changed the driver to nvidia in line 22:
Driver=nvidia

Then I made sure that I replace every nvidia-current with nvidia-364. After that sudo reboot and you should be out of the login loop with bumblebee and nvidia working just fine.

When I managed to get out of the login loop, my desktop was just the wallpaper with the icons. It was lacking the status bar, the launcher, everything. Completely unusable. However when I logged in as a guest it was absolutely fine. That meant one thing - my config was somehow messing things up.

Your steam package is out of date

I like to play a game every now and again and I have a Steam account. I am more of a casual gamer, however I like my toys to work. Therefore after I finally managed to log in and repair my desktop I launched Steam, but there I was in for a surprise. It didn't want to start any game and kept telling me that my "steam package is out of date".

For this one the solution was fairly simple. As described in the link above I had to remove all things steam:
apt-get remove steam*

then remove the Steam repository, which can be done through "Software & Updates" or directly from /etc/apt/sources.list.d and finally install steam from the official multiverse repo. Ta-da!

Oh, and one more thing - if you want to keep your installed games, you should better move ~/.local/share/Steam/steamapps to ~/.steam/steamapps.

And that was it. Just after a couple of days I had my shiny new system up and running, everything working perfectly. Well, almost. My webcam still does not work, although it did in Ubuntu 15.04. To be fair it's not on the list of uvcvideo supported Microdia webcams (0c45:6705). I have spent some time trying to find a solution but to no avail. If you know how to make it work please let me know!

Edit (31st of May 2016):
It turns out the webcam is a hardware issue. It works but only when the lid is in a certain position...

Thanks for reading,
Jacek

What is JWT? In essence it's a signed piece of data in JSON format. Because it's signed the recipient can verify its authenticity. Because it's JSON it weights very little. If you are

Parallel test execution and Jenkins are probably the most frequent use cases for headless browser running under Protractor’s control. There are a few options available, and your choice will of course depend

float: middle;
—
Troubleshooting after upgrading to Ubuntu 16.04
Share this